The Fabric of Hoi An 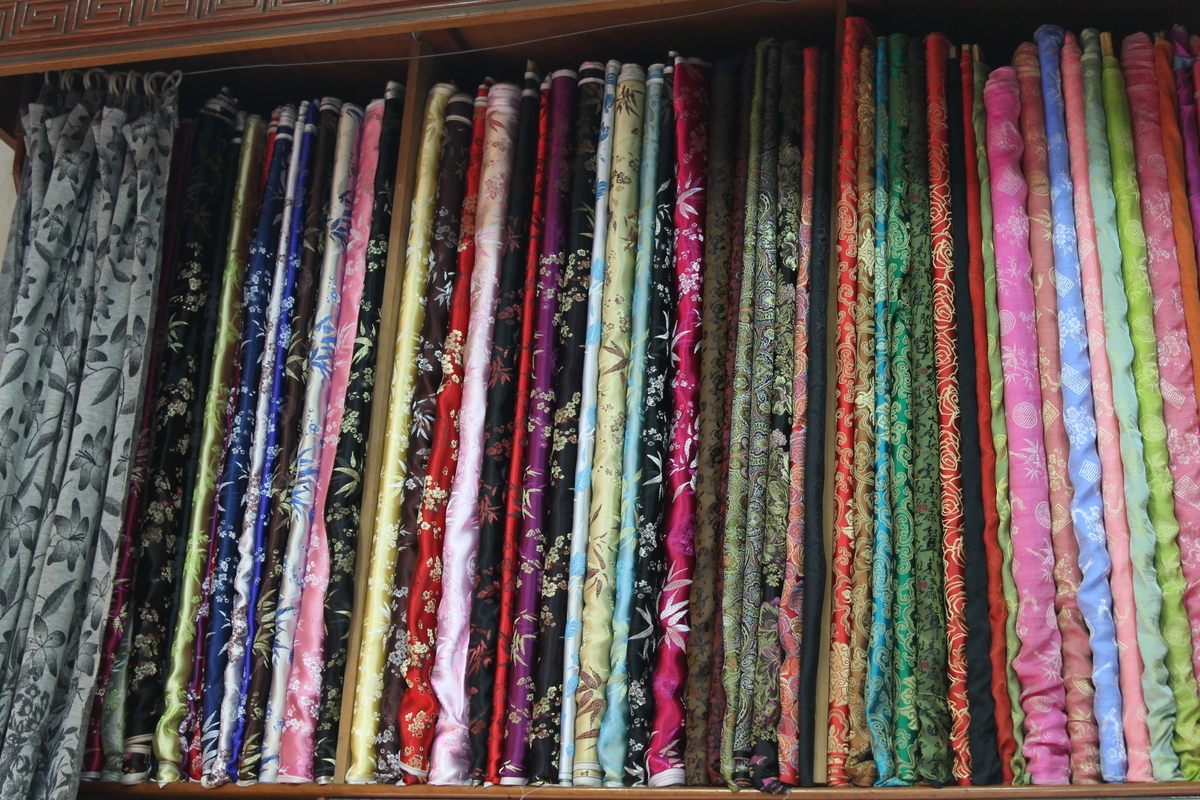 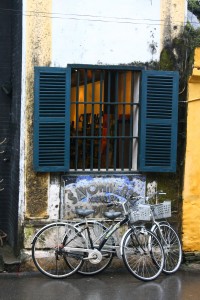 Hoi An is a small town, almost half way between Ho Chi Minh City/Saigon and Hanoi on the East coast of Vietnam. Very accessible by train and then bus or taxi from nearby Danang, it provides a compelling antidote to the hectic city life of HCMC or Hanoi. Wearing its French-colonial heritage slightly more on its sleeve, it embraces a slower but more fulfilling pace of life. The focal point of the town is the Thu Bon River, which flows to the south of the historic district and was once central to the town’s status as a major trading port. Today it is home to fishing boats, little cafés which perch only a few inches above the waterline and people playing ornate Dan Bau (traditional one-stringed instruments) along its banks and under its bridges. At the centre of town is a beautiful 16th-century Japanese bridge (Chùa cầu), rare in that there is also a Buddhist temple located inside. 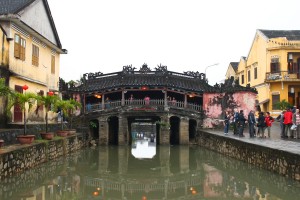 The old town is listed as a UNESCO world heritage site and is therefore remarkably well preserved, especially in comparison to Huế where damage from various battles and onslaughts is still very much evident. Hoi An’s prettiness has made it a favoured film set location and it was famously used as the backdrop for much of the recent film adaptation of Graham Greene’s, The Quiet American. 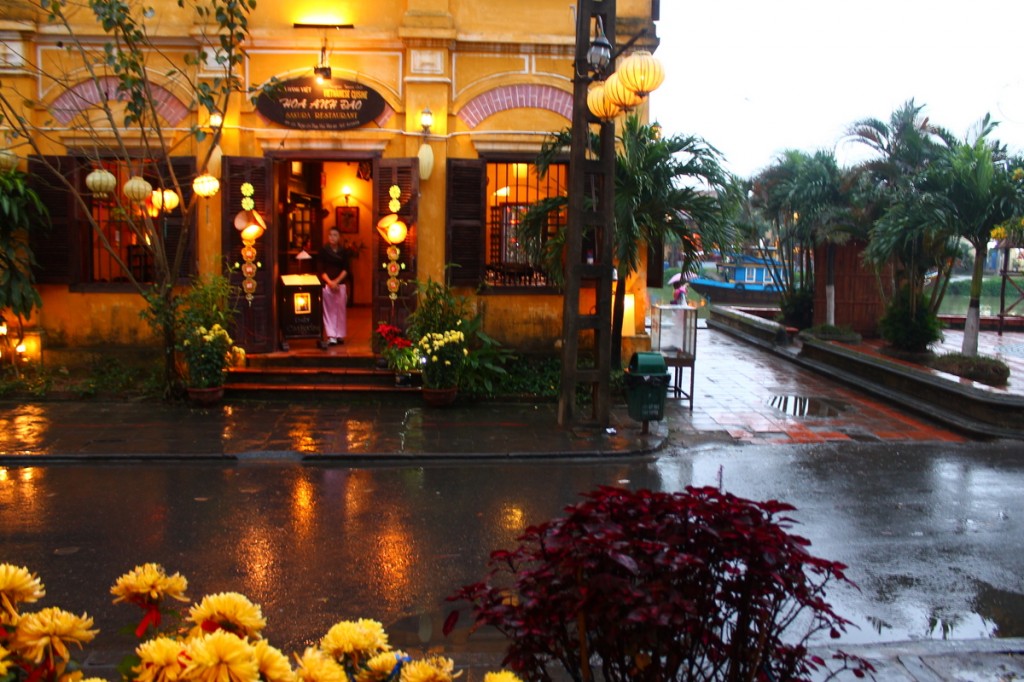 Putting its uniformly ochre-coloured buildings and golden-lettered shop fronts aside, the less contrived beauty of Hoi An can be found in its maze of cobbled side streets and tiny alleyways where much of the real day-to-day action takes place. 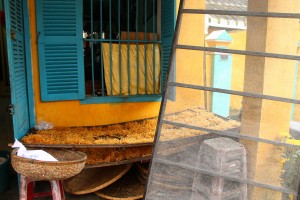 It is here that many of the back stage culinary and clothes operations are revealed, and you don’t have to stroll for long before you’ll come across large racks of noodles drying out in the sun, swathes of colourful material pegged up on lines awaiting their turn through the sewing machine or circles of talkative women stuffing ‘white rose’ dumplings. A local speciality, these dumplings are made from transparent Manioc-flour stuffed with shrimp or mushrooms with fresh herbs, which apparently ‘no meal is complete without’ in Vietnam. 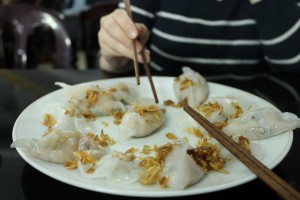 The French gave them the name White Rose due to their bunched up appearance and they are now commonly fried with chopped shallots as a quiet nod to this origin. They are often served up with a delicious dipping sauce made from shrimp broth, chillies and lemon so you have to be quite restrained not to polish off a whole plateful. One of the running jokes in Hoi An is that if you do happen to overindulge, at least there’ll be a street full of tailors waiting on hand to adjust your garments to your newly inflated shape. 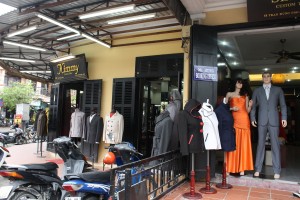 Hoi An is not only notorious for its excellent food but also for its amazing cloth shops. You won’t have to go far before happening upon one of its many tailors, each vying for the attention of passing tourists in the hope that one may be in need of a new work or casual wardrobe. Each tailor keeps a large catalogue of styles but it’s possible to get anything made up if you bring a photo along (catwalk designs are a particularly frequent request apparently). 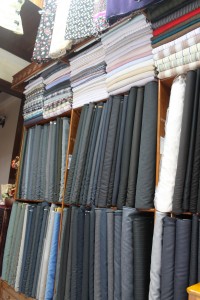 In one shop along Le Loi Street we spied some winter coats that we thought would come in very useful for the onward journey through the cooler temperatures of northern China, Mongolia and Russia. After browsing through some patterns, I found a wool coat with a fleecy lining which I thought would do the trick and would cost around £20 to be fitted and made up from scratch. The lady in the shop expertly took some measurements and proudly declared that it would be ready to collect the next morning. Later, while we were waiting for some small adjustments to be made, we had time to talk to the owner of the shop. She mentioned that it used to be much easier to manage a family-run tailoring business in the town but that in the last five years business has definitely been on the decrease. There was a time when people used to commission an entire wardrobe but since cheap factory clothing has become available in most countries they now buy only a few clothes at once, making it difficult to exist given the number of other shops they have to compete with. 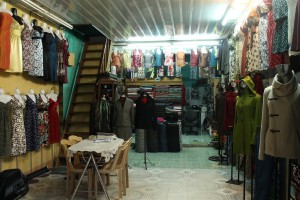 Unfortunately, the skill of the local clothes-makers has not gone unnoticed by major labels such as North Face who are only too happy to employ people from the family-run companies which go bust (there are many pros and cons to this according to local opinion – while wages are not necessarily terrible by local standards, the happiness and satisfaction that one gets from working for oneself is taken away and replaced with an essentially unrewarding job). Branded clothes made here also sell abroad for about fifty times the cost of production, highlighting the ridiculousness of designer labels and economic disparity. 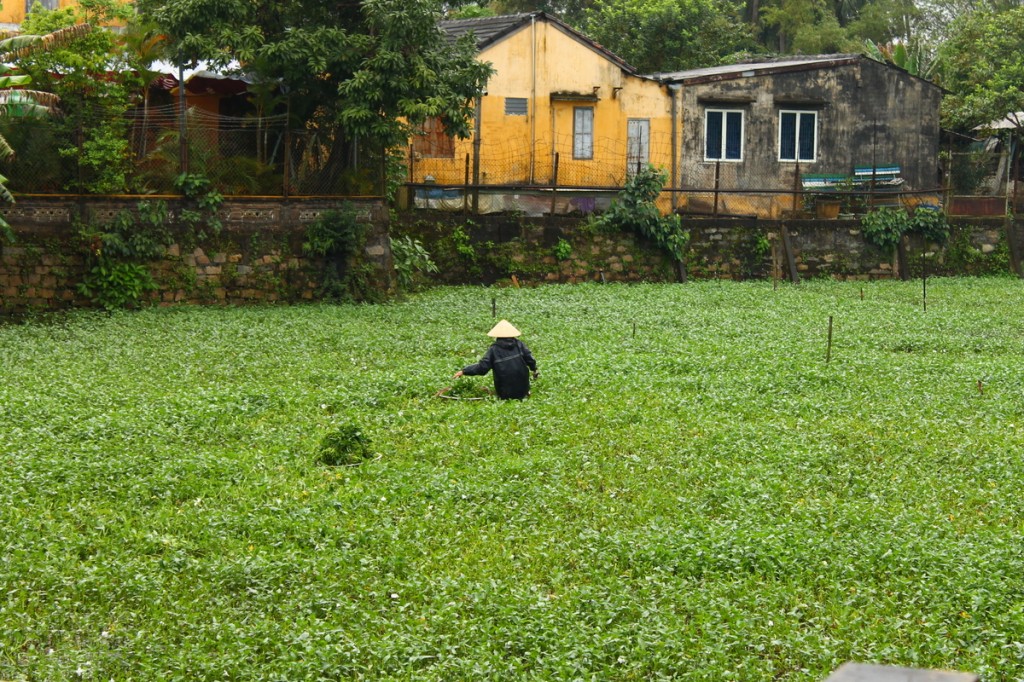 In the back streets, it is possible to find some stores selling similar items without the label or with slight imperfections for a fraction of the price they are sold abroad. We spent the remainder of our time in Hoi An exploring its beautiful streets and town paddy fields, sipping Vietnamese coffee near the riverside and browsing the many beautiful arts and crafts stores on offer. One of our personal favourites was Reaching Out which sold beautiful handmade paper lampshades, pottery and notebooks covered in silk patterns, all made by disabled artisans from the local area. 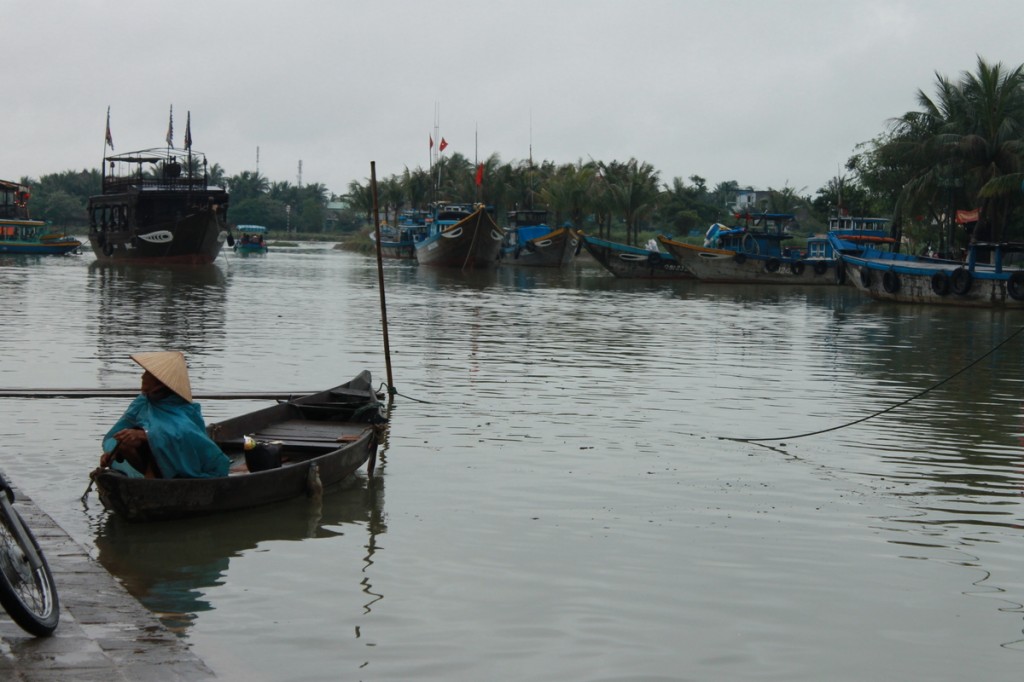 After having had such a relaxing time soaking up the beauty of this creative dwelling, we were in for shock with the onward journey to Huế, which was perhaps one of the strangest we had encountered so far. 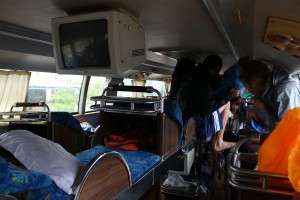 We decided to book onto a local bus, given that Huế was only a few hours away by road and were dropped off in the middle of a muddy clearing which was apparently the bus depot. Half an hour later, our bus staggered into the lot and emptied itself of tired looking night-passengers who had travelled from Hanoi. It wasn’t long before a remarkably irate driver – who had probably been driving all night to get here – jumped out and barked at us to take our shoes off and get our bags in. This was a sleeper bus, with three rows of tiny bunks packed top-to-toe in a filthy compartment that smelled of body odour. 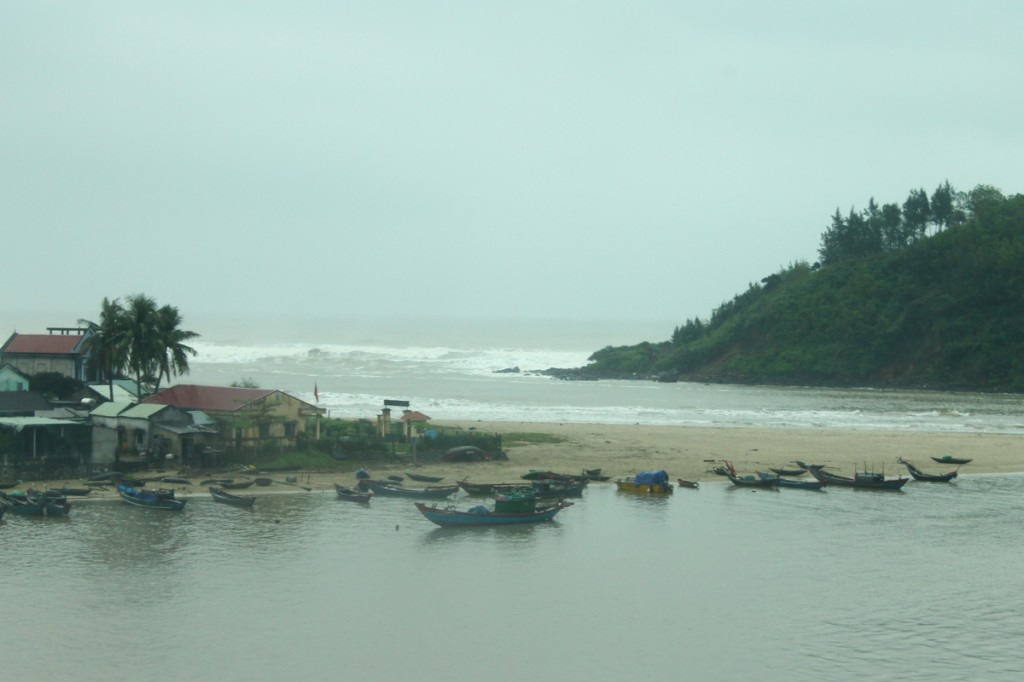 Not expecting to be given a ‘bed’ for three hours, we had no alternative but to climb in and try to make ourselves comfortable among the crisp packets and blankets the old passengers had left behind. Luckily the stunning scenery more than made up for the strange bed bus and we managed to make the best of it, listening to music while watching the beautiful hills, coastline and fishing villages float by. It wasn’t long before we arrived in a misty and cold Hue, the ex-national capital that sits alongside the perfume river…

Some of our favourite Hoi An hangouts:

Before and Now, 51 Le Loi – a vibrant little cà phê with delicious cakes and cocktails but it’s the wall art which really makes it worth visiting.

533 Hai Ba Trung is the place to go to sample some of Hoi An’s famous white roses. The recipe is reportedly still a secret passed down to a select few who still make the dumplings before selling them on to the rest of the town. 533 is one of the few places you can see them being made. 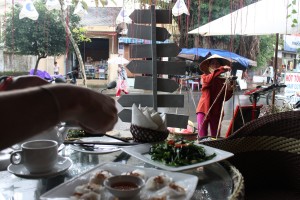 Papillon Noir – 30 Tran Hung Dao Street. Beautiful hand painted silks which you can also see being painted in the studio at the back.

Tweet
This entry was posted in Travel and tagged Hoi An, Hue, South East Asia, Vietnam. Bookmark the permalink.