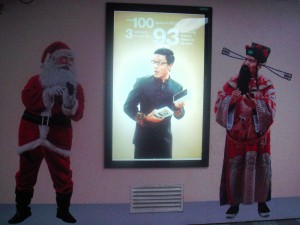 very laid back place and a good introduction to the beginning of our journey across South East Asia. It was here that we were introduced to the quirks and customs of removing our shoes upon entering a house, not putting toilet paper anywhere near the toilet, shower heads which hang directly over the toilet, fruit jam which contains no fruit and going to sleep/waking up to the sounds of car horns and chickens. 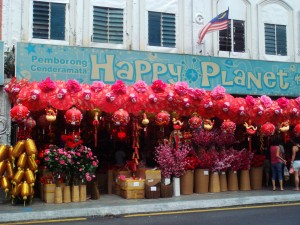 Our first couple of days were mainly spent adjusting to life back on land and exploring the Chinatown area in which our guesthouse was situated. We had been told that the best food was to be found in the hawker stalls which line the street pavements at night, so we ventured out to track some down and give it a try. The vibrancy of the crowded streets was almost too much to absorb after nearly a month at sea, with brightly coloured Chinese lanterns, flowers, watches, fake DVDs and handbags at every turn. Pots and pans bubbled away at various makeshift stalls while people crouched around plastic tables wolfing down their food from plastic bowls, which were soon whisked away for a soapy clean in one of the 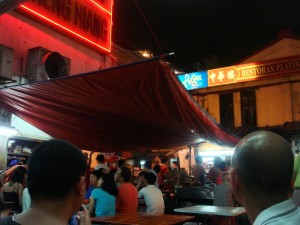 many makeshift washing tubs. Refreshingly, the Chinatown district of KL seems to have staved off the fast-paced corporatisation which has bulldozed over other parts of the city (it was strange to think that the Petronas Towers and mega-shopping complexes were lurking somewhere nearby).  The decaying villas, ramshackle housing and bustling street scenes of the Chinatown district were reminiscent of those described in colonial-era literature such as The Singapore Grip, which was set in the 40′s. Our guesthouse, for example, was situated alongside some beautiful pre-WW1 shop houses such as The Old China Café next door, which 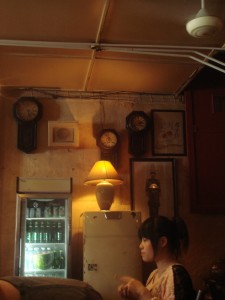 operates out of the old guild hall of the Selangor & Federal Territory Laundry Association. In 1999, the rent control act was repealed and many older businesses in the district have since been forced to move out, resulting in a surge of wealthier business owners edging in, many of whom have carelessly renovated or in some cases completely demolished a number of KL’s historic older buildings. It was refreshing to come across places like The Old China Café, which make the effort to retain the spirit and features of the old buildings. The OCC has even created an excellent late night tea parlour upstairs reminiscent of those which were once a common sight in this part of the city. Some things don’t change however and the sounds and smells of KL had started to bring back memories from my childhood spent in Hong Kong which made me very excited at the thought of returning there further down the line in our journey. 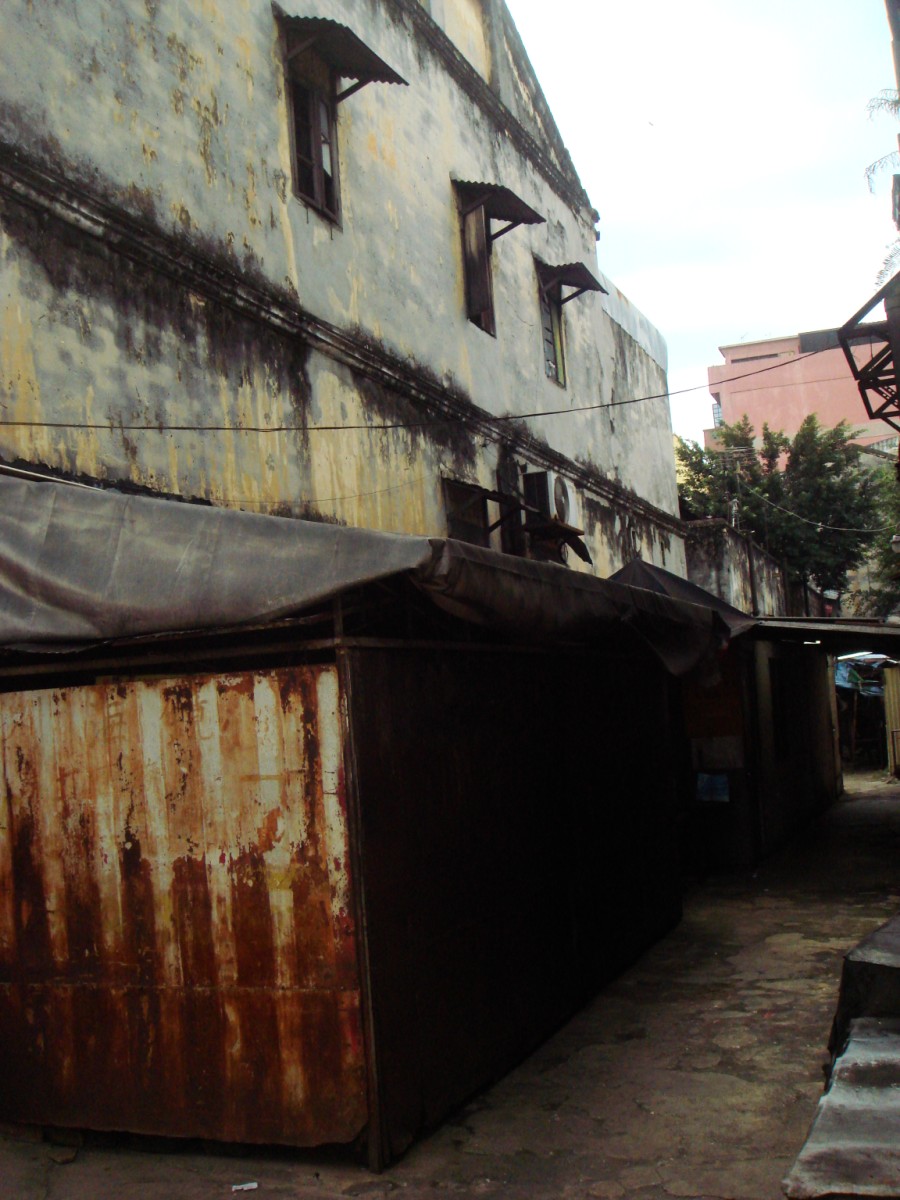 Getting into the spirit of Farrell’s Singapore Grip, I decided I couldn’t leave KL without trying a Durian, something of a local fruity delicacy. Striking fear into the hearts of hotel-owners everywhere, the pulp of this spiky fruit has a similar texture to stringy processed cheese and tastes something akin to caramelised leeks. The overpowering 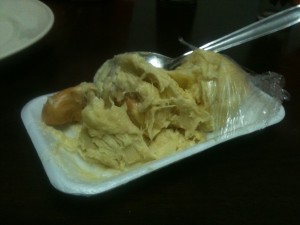 and distinctive smell however, is what really earns Durian its reputation – as I was soon to discover. The Durian segment I had bought was wrapped in a layer of cling-film and two layers of plastic bags, but even this did not stop its pungent odour from escaping. Having quickly exited the local supermarket for fear that it had a major gas leak, it was only when we were back at the guesthouse that I realised the gas odour was actually leaking from the Durian bag and was quickly beginning to waft its way around the hostel (the many ‘no Durian’ signs we later saw in hotels throughout SE Asia made complete sense after this).

Having exposed some unwilling participants to the delights of this love/hate fruit, we were glad we were only staying one more night at the guesthouse. On our final evening in the city, we decided to go slightly further afield to visit the Petronas Towers, which 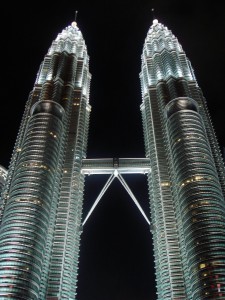 are based in a strange ‘business zone’ (like Canary Wharf) to the east of the city centre. They were the tallest buildings we had seen since leaving New York and I felt quite sick from some kind of inverse vertigo within seconds of looking up. The towers were actually built by Malaysia’s large nationalised petrol company (who else could afford such a ridiculously tall building here?), so we weren’t surprised to see a museum dedicated to petrol nearby, which we mentally added to our list of weird museums alongside the Pencil Museum in the 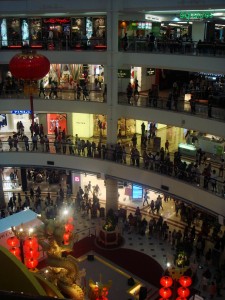 Lake District and the Tomato Museum in Guernsey.  A shopping mall is housed at the base of the towers, the magnitude of which is almost alarming .  The vast store locater map alone was enough to produce a sense of acute fatigue. We battled on however and spent an hour in the place trying to track down somewhere which sold a padlock and for that hour it felt like we had left Malaysia and entered some strange clinical world where everything is sponsored by petrol guzzling vehicles. It was also strange to see middle-of-the-road shops from the UK and 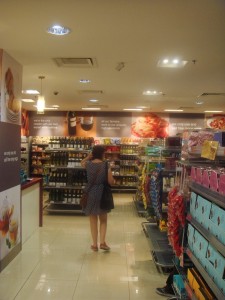 Australia trying to pass themselves off as designer boutiques, with the exorbitant price tags to match. We were genuinely excited however, to find a Marks and Spencer food store, full of bargain-bin Christmas chocolate – which almost made the draining mega mall experience worth it.

Having replenished our chocolate supply, we geared ourselves up for a four hour bus trip to the Cameron Highlands the next day. We were looking forward to being amongst greenery again and hoped that we’d finally be able to enjoy a good cup of tea after two months of Lipton.