Sydney to Melbourne on the Countrylink 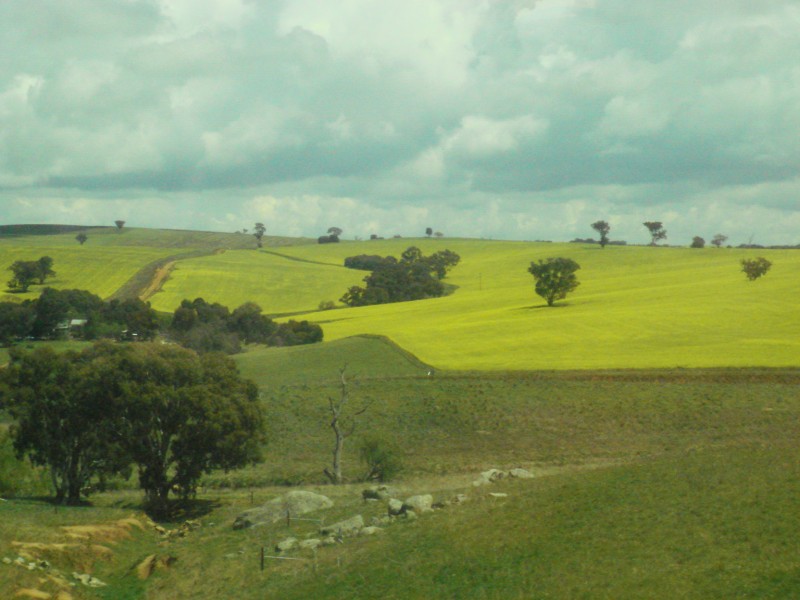 The Melbourne Train was scheduled to leave Sydney’s Central Station at 7.15 a.m., so we left the hostel at 6.45 and searched for a cab at the nearest taxi rank (not far from the hostel, 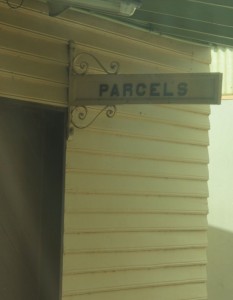 as it happens). We didn’t have to wait long before one pulled up, its driver eyeing us suspiciously and asking if we’d been out for the night, because ‘as a policy he did not take drunk passengers’. We pointed to the quite ridiculous number of bags we were carrying and said it was hardly likely that we’d been carting them around pubs and clubs and all night – to this he simply nodded. In the end we wished we had been drunk because he then proceeded to lecture us about the terrible state of kids today, with their binge drinking and their drugs, with as much gusto as an overzealous anti-drugs officer. At least it was early morning so the road to the station was fairly clear and this sadly cut his story – about an Australian kid getting arrested in Bali for drug offences, while his dad was in a bar – short. 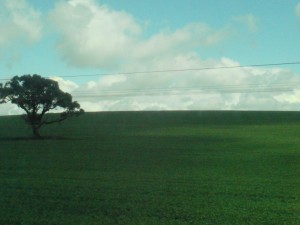 At the station we had just enough time to grab a quick coffee before boarding the train (we were told that, unlike America’s Amtrak, trains here tend to leave on time and the doors shut promptly at 30 seconds prior to departure). We made it on with five minutes to spare and the train was pretty full but clean and comfortable and we rather looked forward to relaxing for the next 11 hours. The Melbourne-Sydney/Sydney-Melbourne trains are nearly always full, thanks in part to the very reasonable ticket prices, which are kept deliberately low as part of some sort of ‘visit Sydney’ promotion. It seems to have worked, as several of our fellow passengers, who usually fly the distance, admitted that they have begun to take the train instead to save time and money. The hours travelled may be longer but the cutting out of airport time and transfers, in combination with the more relaxed atmosphere, mean that they actually get more work done on the train. 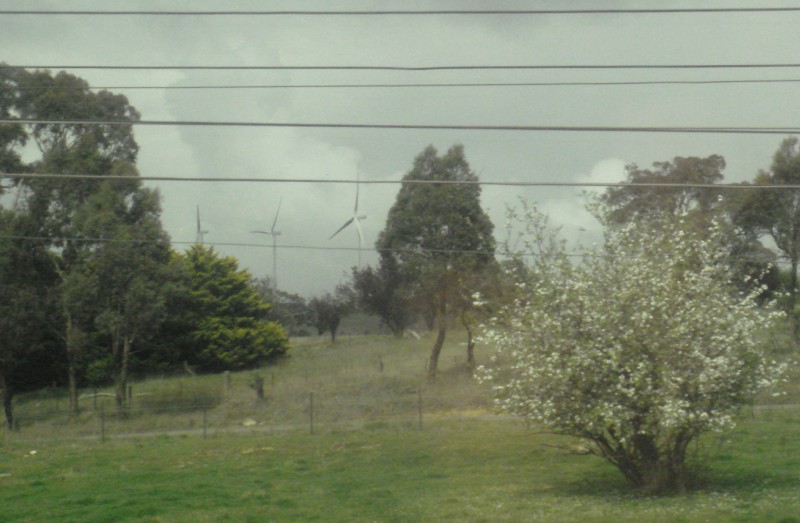 It didn’t take long before we had left the city and its surrounding suburbs behind and were passing green and rocky farmland, complete with wind farms, cows, sheep and horses. 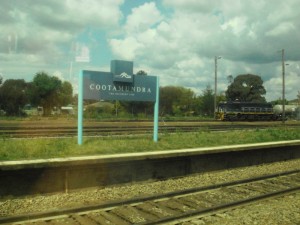 eas were now being served), except for the surprising skinniness of the cows and the passing blurs of Cockatoos and Galahs. The countryside continued to whizz by, in between brief stops at quaint country stations such as Cootamundra, Wagga Wagga and Henty. Being late Spring, the Yarrow was in full flower, turning the fields a brilliant yellow and giving the landscape a dusting of the idyllic. 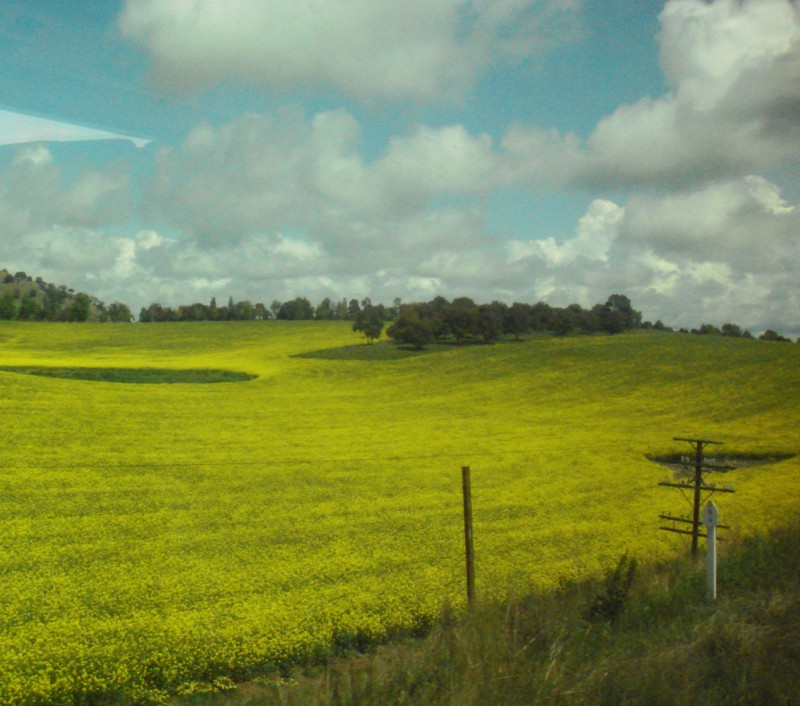 The view wasn’t holding the attention of all the other passengers however – especially not the two young children on the seat in front of us who were heading back to Melbourne after visiting their Grandma near Sydney. For them, fun was to be found in 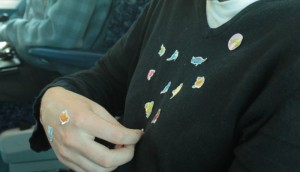 flipping the seat rest covers over from their seat to ours and clambering over and under the seat-backs to join us so that we could play dinosaurs. As the friendship grew, so too did the games and Alex left the train covered in dinosaur and train stickers while I was taught how to ‘bake’ on a pink 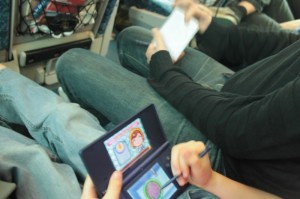 Nintendo DS. We also became friendly with the guy sitting adjacent to us who took over the entertainment duties when we got tired – by the end of the trip he had become known as ‘Duckie Man’, which was shouted by the kids through the carriage very loudly, in case there was anyone who might not have yet heard yet. In return for giving their mum some time to read her book, she gave us some very good tips to get us started in Melbourne (plus some helpful contact numbers) and before long, the city itself was on the horizon and we were slowly snaking around to meet it.

After waving goodbye to the kids, who also gave us a parting present of some of the best shiny heart stickers in their collection, we dragged our bags out of Southern Cross station to the very conveniently located Melbourne Central YHA and looked forward to a shower and bed, falling asleep to the ‘ding’ of the tram bells going by.