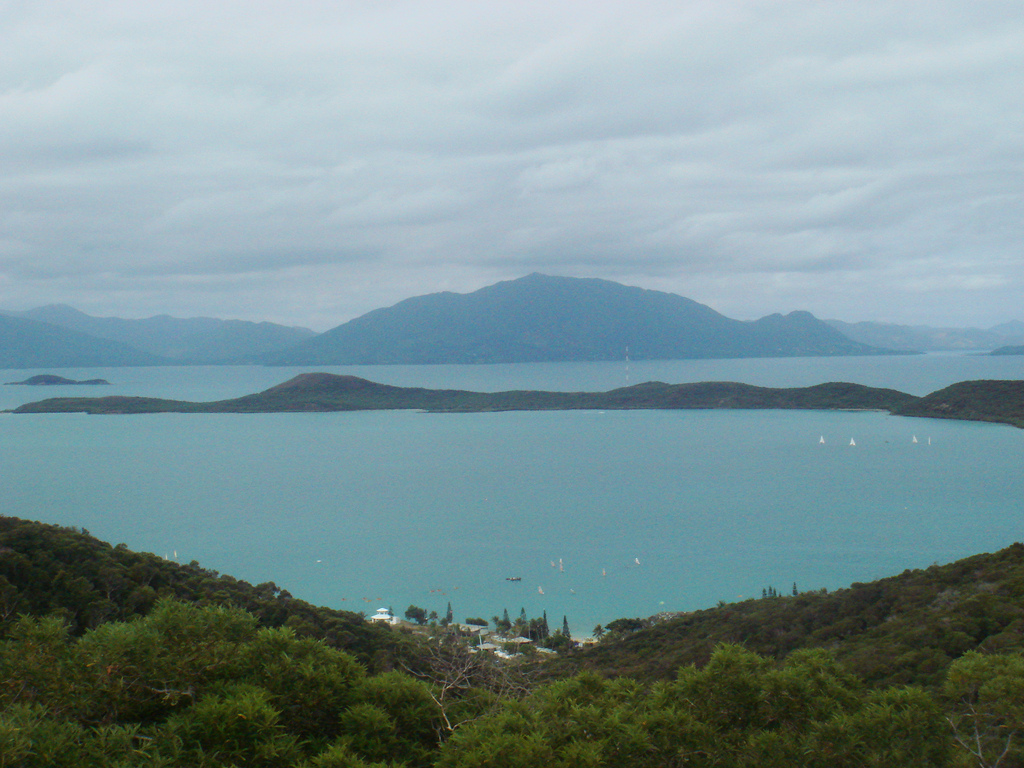 New Caledonia consists of a breathtakingly beautiful group of islands (the largest of which is the main island of Grande Terre), which somewhat ironically, or perhaps torturously, were used by the French in the mid 19th Century as sites for penal colonies. Some of the jail cells can still be seen today, albeit in crumbling condition and several had very nice views, which we weren’t quite sure would have made life in the jail that much better or worse. It wasn’t just the prisoners who had a rough time of it. Like most other colonial settlements in the region, the invasion by the French was disastrous for the local population, the Kanaks. 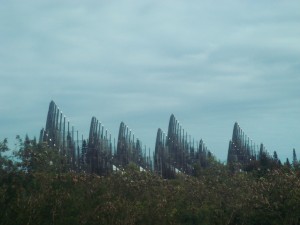 In the present day however, the Kanaks (whose meeting house is pictured left, an architectural style we saw reproduced in Melbourne) represent the largest community on the island group numerically, but in another colonial tradition most of the wealth is controlled by the Europeans and the income inequality is almost as bad as in the UK. There have been clashes between pro-Independence Kanaks and the resident Europeans (New Caledonia is still technically a territory of France) in the main town of Nouméa in recent years, the most recent of which occurred only two months before we arrived, leaving 4 killed and 20 wounded. We heard rumours in one of the French high street shops, which line the town centre, of there being a steady exodus of Europeans from the island as the situation worsens; however, a couple of French inhabitants we spoke to said that these reports were exaggerated. If the Europeans do go, their money goes with them but as demonstrated by Samoa there is no reason why New Caledonia could not become a stable, sustainable island economy in time with investment in the right kind of projects (managed forestry and being good examples). 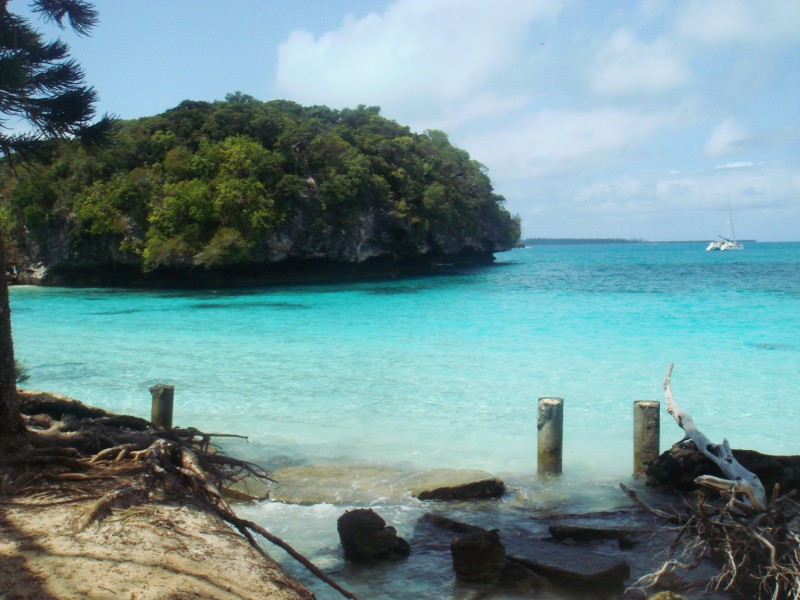 Prior to our scheduled arrival at the capital of New Caledonia, Nouméa, we had a couple of days of rough seas and as we approached the island there was an announcement over the tannoy that our course was to be changed – we were to visit the smaller and less ‘developed’ Île des Pins a day early (small changes like this tend to happen often with sea travel). This tiny island is just fifty miles southeast of its much larger neighbour but it remains in the most part unspoiled, with untouched sandy beaches lapped by turquoise waters. 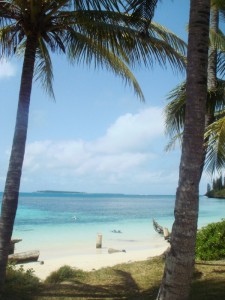 The island gets its name from the blanket of pine trees (with very thin needles to better radiate the heat) that reminded Captain James Cook, who first came across it in 1774, of his native Scotland.

The population of the island is comparable to that of a small village, but is relatively spread out around its outer edges. In the centre is a moderately sized hill, which also makes for an interesting hike and a great viewpoint if you can stand the heat. Most of the houses are situated near the beaches, where fishing and crafts are the main sources of income (though there 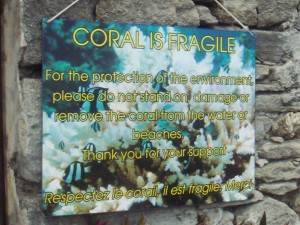 is also an abundance of time to relax in a place like this). There is a central mooring point, a couple of local crafts sellers housed in an old colonial fort and a hotel modelled on traditional island house design near the south of the island. Luckily, the island is surrounded by reefs which means that larger vessels have to stay a few kilometres away from the shore. 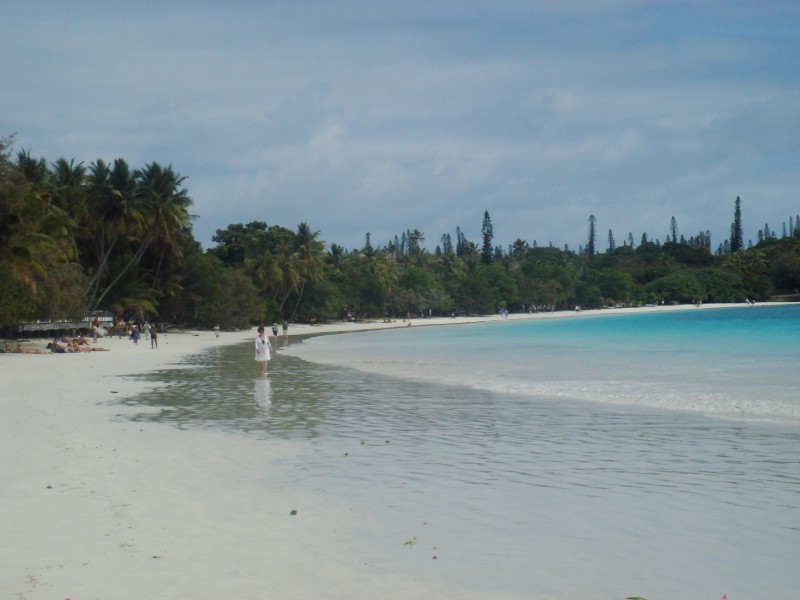 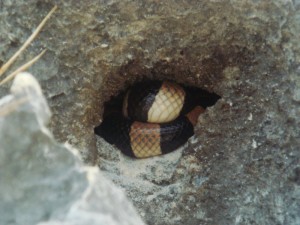 We walked for a kilometre or so up the long beach until we stumbled across an impressive rocky outcrop, which has special significance for the islanders who consider it ‘holy ground’. It is also home to a number of black-and-white striped sea snakes who nap in its small crevices, only emerging as the sun sets when they slither the short distance down the rough rocks to the sea.

This is the largest town on the main island of New Caledonia (Grande Terre) and also the island group’s capital city. In contrast to Île des Pins, Nouméa is a working port and is also home to the main shopping and tourist districts – an odd mish-mash of French designer and high street stores with discount outlets, creperies and basic cafés. 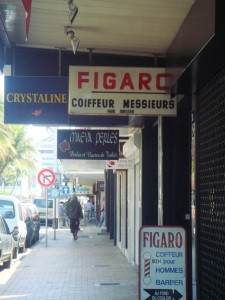 We walked around the town in the baking heat for a time, wandering past some interesting French-styled local stores and Francophile chains near the Place des Cocotiers before finding a local tour guide – an old French yachtsman who had recently suffered a heart attack (and the subsequent heart-bypass surgery) and was living on his boat – now unable to sail it out of the harbour. He had been giving tours on the island for two years and had many stories to tell of his adventures at sea. In recent years he had attempted to sail all the way around the world on his yacht, stopping in South America for a short while and living with a French-speaking chief in Venezuela. This chief apparently has a great liking for the French and will host a party for any that find their way to his village (he proudly displays a picture of himself with Jacques Brel, who must have found himself there either by invitation or some happy accident). Our French adventurer guide then sailed through the Panama canal to the Pacific Ocean, where at some point he was arrested and did jail time for flouting some Mariners’ law, apparently related to an inspector finding food – which may or may not have been an apple – illegally aboard his yacht! 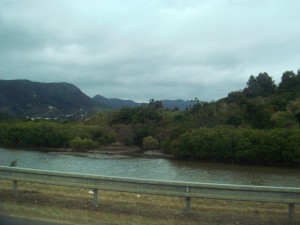 On our journey around the island we drove past many mangrove swamps, palm crops and nickel mines. Apparently, because New Caledonia was actually part of the same continent as Australia and New Zealand 60–85 million years ago, unlike most of the volcanic Pacific Islands, the rocks have a high nickel content (2-3%) giving them a unique green tinge and making the bare rock stand out quite strongly from the bush areas. The mines are all owned by foreign companies and hence most of the benefits (aside from jobs) provided by these natural resources end up in the pockets of wealthy foreigners. The locals, we were told, tend to live a very laid back lifestyle, only working when they need some money to get by, which frees them to spend a good portion of their lives engaged in other activities such as fishing, arts and crafts.