Samoa – The ‘Last Place on Earth’ (until December) 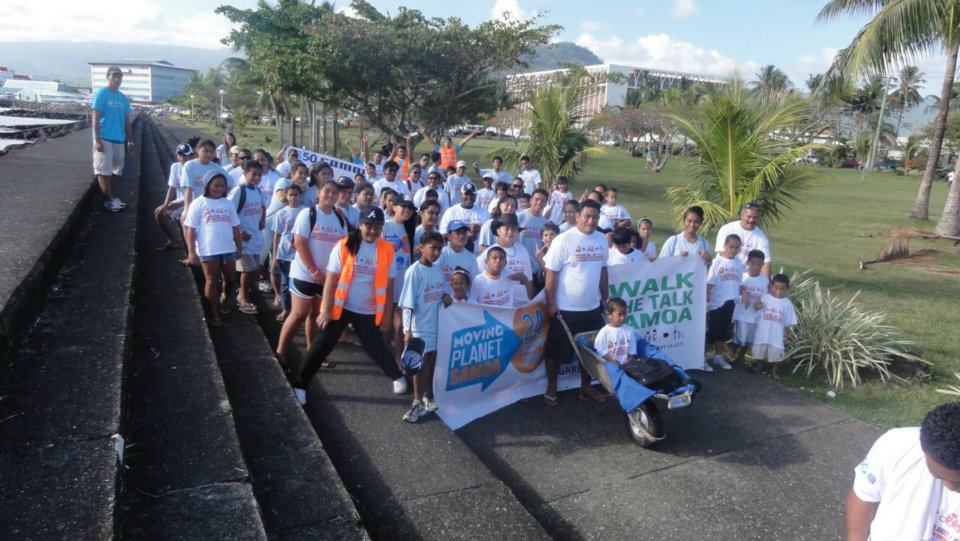 In the morning that we arrived in Samoa, we were supposed to be heading to the local fish market, but secretly not relishing the thought of staring at a lot of dead or slowly suffocating creatures, our attention was drawn elsewhere…by a group of men, women and children walking along the street wearing 350.org t-shirts and holding banners displaying the slogan ‘Walk the Talk Samoa’. September 24th 2011 may have been the day that Samoa played Fiji in the Rugby World cup (causing much excited anticipation across the island) but it also turned out to be Moving Planet Day, an event organised by 350.org, the group focused on ‘building a global grassroots movement to solve the climate crisis‘, and in the case of this particular event, targeting the world’s dependence on fossil fuels. The San Francisco Bay Guardian interviewed Ewan Cameron, the Pacific Coordinator for the 350.org events, who was at the event in Samoa. When asked why it was such a big deal for him and other Pacific islanders, he answered:

‘Because the climatic impacts are already being felt, people and communities within the Pacific are being forced to relocate and are being displaced. These problems are not being exaggerated, Coastal areas are eroding, saltwater from king tides is damaging staple foods that people rely on, climate change is a real issue. The science is there, it can be proven, and on top of that major emitters are violating peoples’ rights!’

This tied in with a series of lectures we heard on the boat given by Dr Cluny Mcpherson, of Massey University, Auckland, whose research focuses on social, economic and 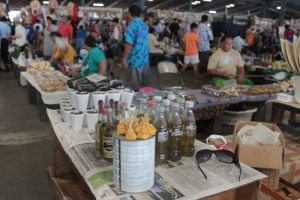 political development in Oceania. The climate refugee problem is a real one, and even small rises in sea change are likely to submerge entire Pacific islands, especially atolls which are often only a few metres above sea level. Countries such as Australia and New Zealand are currently continuing talks through which it is hoped that some sort of agreement regarding the housing of climate refugees might be reached. Discussions are still in their early stages but it is not difficult to see why events such as Moving Planet Day are so important to the many Pacific islands who marked it. Samoa may have been ‘the last place on Earth’ to commence the event this year, thanks to its place on the cusp of the international date line, but it certainly showed that it doesn’t just ‘talk the talk’! 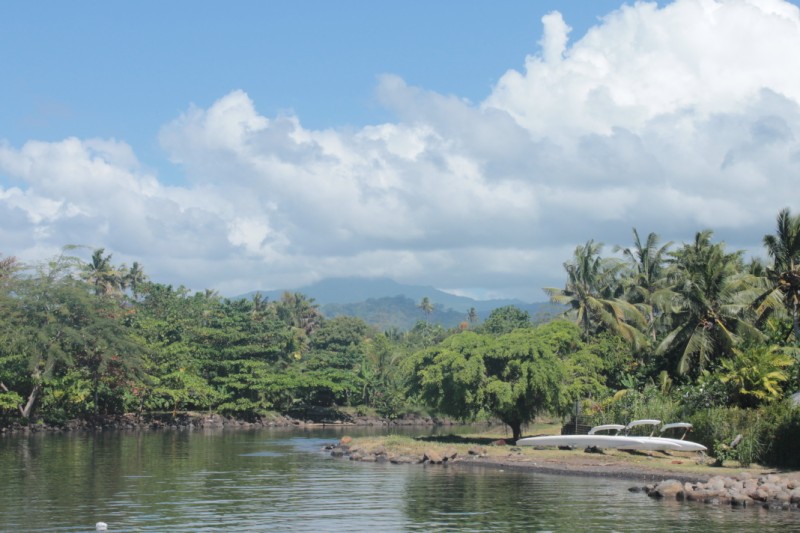 In 2012, however, Samoa will be leading the event in time as well as enthusiasm, as it was announced earlier this year that it is set to jump from being East of the international dateline to the West on the 29th December 2011. Instead of being 21 hours behind Eastern Australia and 23 hours behind New Zealand (two of its major trading partners and expatriate hubs), it will soon be 3 hours ahead of Sydney and 1 hour ahead of New Zealand, hopefully bringing benefit to the island in a variety of ways.

This is not the only change Samoa has instigated in recent years. We fitted in a quick 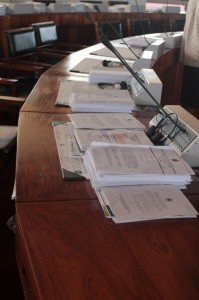 visit to the Samoan parliament where we found out that in 2009, the entire island changed from driving on the right hand side of the road to the left, apparently due to the increased number of right handed vehicles being imported from Japan (which are cheaper than those on offer from the US). We were told by someone we met in the local market that on the day, reminders were put on the back of buses and a few police officers were dotted around the island to remind people, but the transfer day went off without a hitch. It was clear from the outset that this was one spirited island, and quite different in many ways from its easterly counterpart, American Samoa, not least in its autonomy. While in American Samoa, we noticed that most peopled referred to their neighbour as Western Samoa even though its name had been officially changed to Samoa in July 1997, and referred to as such by the United Nations for many years before that date. It transpired that the ‘US territory’ objected to the fact that Samoa had been officially freed of its 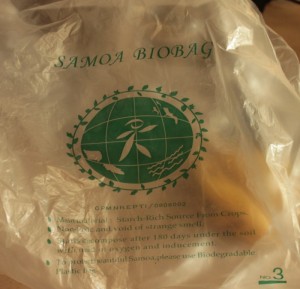 colonial given name because it feared that its own identity was threatened by the change. This reaction may well be a case of a rattled cage, which points (uncomfortably for some) to the fact that more and more Pacific islands are making bids to move towards a more autonomous way of living. Examples of this can be seen through the increase in successful island product based businesses (such as black pearl farming) as well as through food and energy security schemes which aim to see islands reducing their reliance on imports and external help by introducing their own ‘future proof’ sustainable island-centric systems.

Samoa is at the forefront of one such scheme which has seen it pledge to become one of the first carbon neutral economies in the world by 2020. Its aim is to reduce greenhouse gas emissions by investing in a wide range of renewable energy sources, which could include a

combination of solar and geothermal energy in addition to wind, tidal and hydro power. At the moment it is very much a case of trial and error but Samoa is experimenting and trialling widely, keen to stick to its target. Coconut oil from the plentiful coconut trees on the island is being tested as part of a biofuel mixture for use in vehicles and to generate power, while biomass (from woodchips) and biogas (from pig waste) are also being investigated as alternative fuel sources.

Independence often brings with it an increased sense of individual responsibility and so perhaps it is not surprising that Samoa is so forward-thinking. The independence movement was not easy but in Samoa it hinged upon peaceful, non-violent resistance (the Mau movement), which ultimately led to the island gaining back its independence from New Zealand in 1962. Interestingly, this was not mentioned in 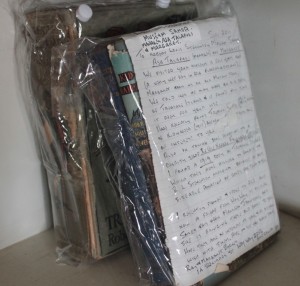 Mark Kurlansky’s book Nonviolence: History of a Dangerous Idea, though it rightfully should have been. 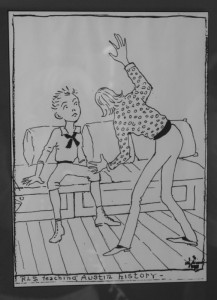 The Scottish author, Robert Louis Stevenson, who had come to live in Samoa for rest and recovery from a respiratory illness in 1890, played a part in encouraging the beginnings of this movement before he died there in 1894 . He was, and is still, loved by the Samoans who affectionately refer to him as Tusitala, or ‘Teller of Tales’. We couldn’t leav 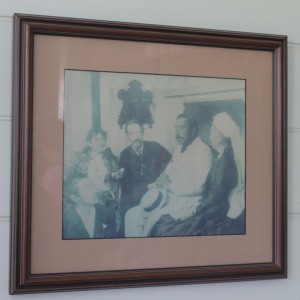 e Samoa before visiting his house in Vailima and we thoroughly enjoyed looking around – it has been preserved more or less in the way he left it. The study of Robert Louis Stevenson and his work are important subjects in the Samoan curriculum and there was an enthusiastic and informative guide in every room. The lady covering the top floor told us about his burial on the hill and rather hauntingly sang the traditional Samoan song version of the words which are etched on his grave:

Under the wide and starry sky,
Dig the grave and let me lie.
Glad did I live and gladly die,
And I laid me down with a will.
This be the verse you grave for me:
Here he lies where he longed to be;
Home is the sailor, home from the sea,
And the hunter home from the hill.

Outside, a Samoan ‘ava (a drink very similar to the Kava we sampled in Hawai’i) ceremony was being put on for tourists, though at least in this case it is actually still part of traditional Samoan culture. Perhaps due in part to its independence, Samoa has held on to its language and traditions including ‘ava ceremonies, dances, singing and tattooing and the people we met genuinely seemed happy and proud of their island and its traditions.

We left Samoa feeling refreshed by this, and not just from the ‘ava and afternoon swim in the pool at Aggie Grey’s (a rather odd colonial hotel and haunt of old Hollywood movie stars). This is one island we would really love to go back to one day if we ever get the chance. 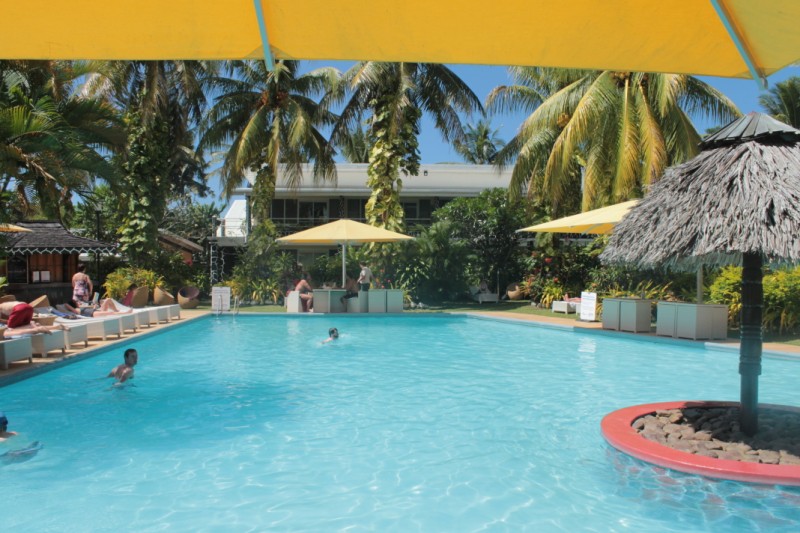 3 Responses to Samoa – The ‘Last Place on Earth’ (until December)