The entrance to this great little bookshop is almost hidden among the jumble of restaurants and stalls which line the busy Venice Beach boardwalk. Its shop front is entirely obscured by the seating area of the next door Sidewalk café and people sometimes mistakenly go in thinking that they have found the toilets for the Sidewalk, only to be greeted by mountains of books, lazily guarded by the store cat ‘Conan the Librarian’. 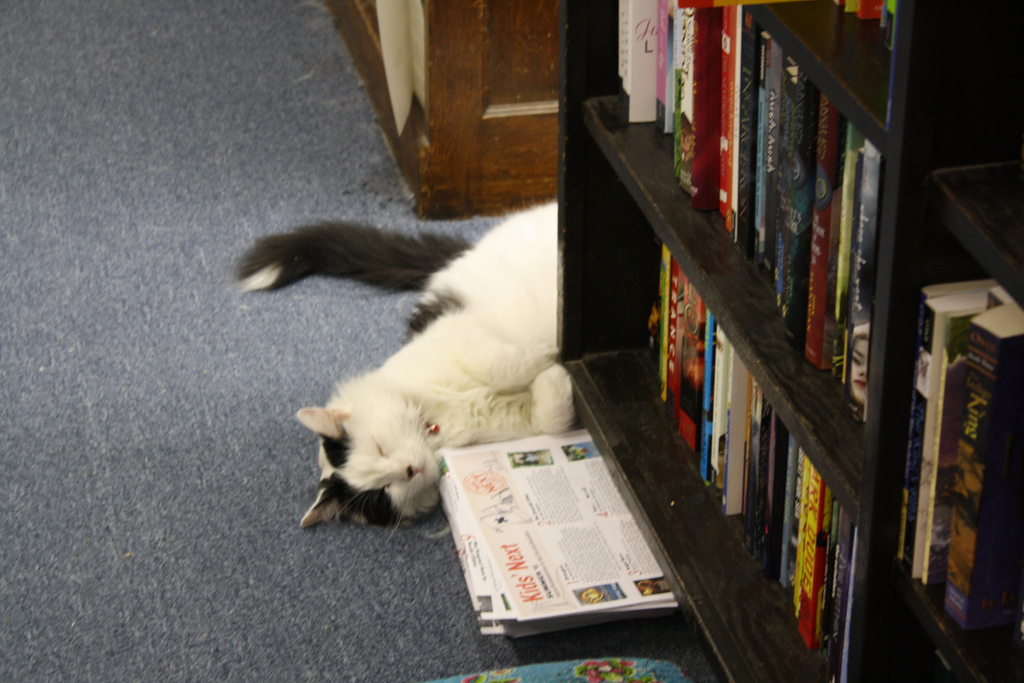 There is now a large sign with an arrow running along the front of the Sidewalk’s canopy, which is luckily also owned and run by the bookshop owners themselves, and is reported to be the financial crutch of the bookstore.

This bookshop is literally an oasis of quiet from the bustling crowds and noisy buskers outside and is a fierce supporter of independent enterprise. It hosts tables of books from independent publishers throughout the store and the influence of individual shop staffers can been seen all over (for example ‘Bonnie’s summer reading list’). 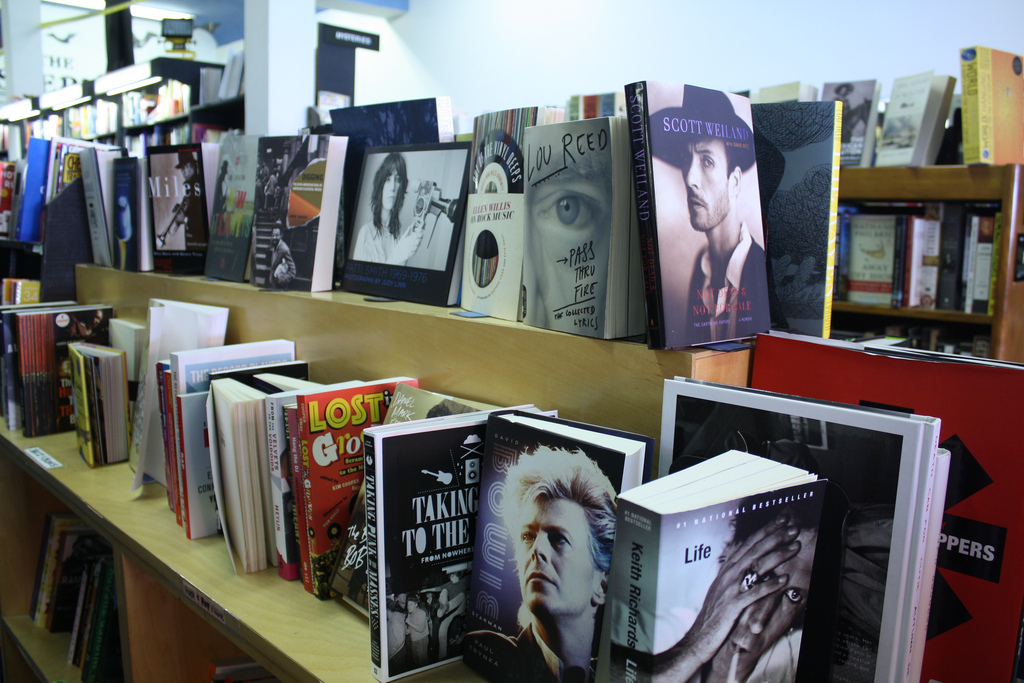 The close knit staff here all have excellent taste, though taste is a subjective thing and their ultimate aim is to provide as wide a selection as possible so that they are offering rather than dictating choice. The politics, music and poetry sections are particularly good. SWB is well known for its curveball recommendations, which keep people coming back but they are also sadly not immune to the iron fist of Amazon. All too often, the bookshop is treated as an information centre, where people come for free advice or just to take photos of the book displays on their phones so they can order them online later. 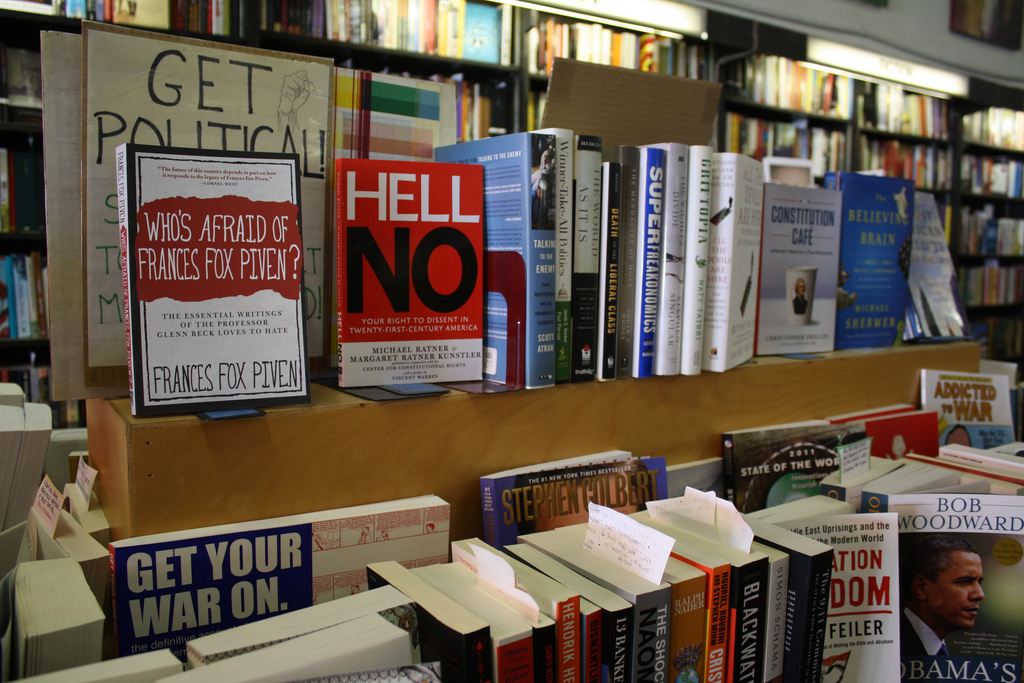 Even though we all seem to have less time as a society to spend ‘browsing’, I can’t help but feel that the death of independent bookshops such as this would be a sad loss. We tend to cling to the idea that the good ones will just keep going, but often it is a case of luck or money from other income streams which enables this and not all of them can rely on it. The bookshops we have visited so far are resourceful and do adapt but they still need people to buy books from them. If you think the world is a nicer place with them in it, give Amazon the push every once in a while and support them, and you’ll get a decent book out of it too (we were directed to Paul Theroux’s Great Train Bazaar, which has been a godsend on subsequent long train journeys, so thanks SWB!). 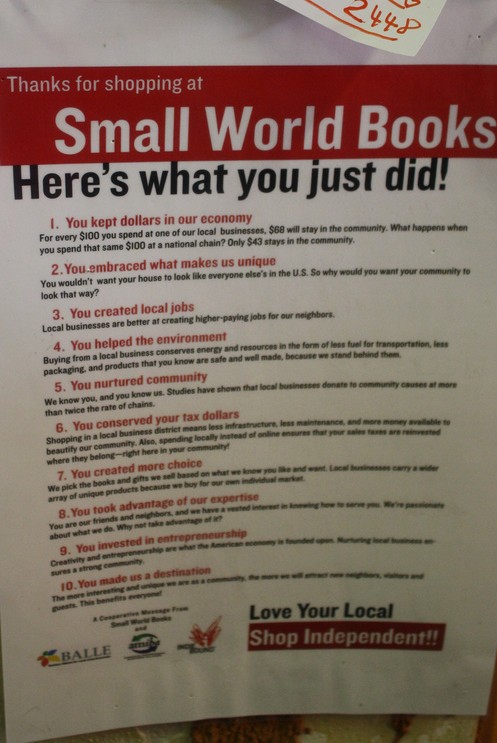 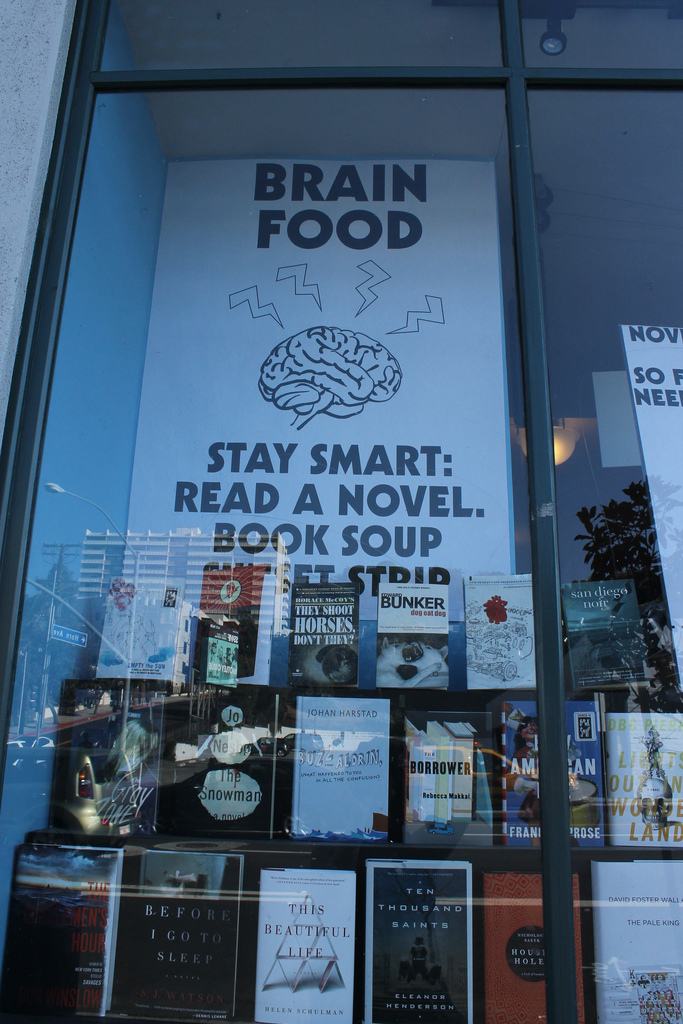 The infamous Book Soup deserves the level of notoriety it enjoys among LA locals and drop ins alike because it is a truly excellent bookshop. Their innovative and fun shop windows manage to mix attention grabbing fashion/headlines with subtle, and 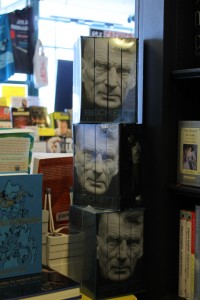 sometimes not so subtle, educational chastisement aimed to induce reading-neglect guilt in those whose side tables are currently piled with the latest gossip magazines; but it works and nearly everyone who is paused  by the window is eventually drawn through the doors – which more often than not, they will return through clutching a Book Soup bag. Once inside, they’ll have you hooked with an impressive range of titles which would never get featured 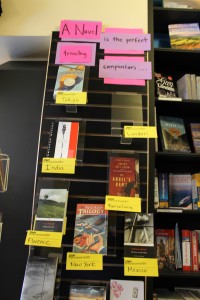 on Oprah.  In their own words, through ‘our commitment to university, International, and small presses, customers will continue to be surprised by the rare gems found on our shelves’, and they’re not wrong there. Their staff picks section is known to have an almost reverential following and several well known ‘celebs’ who are far too busy/important to leave the comfort of their hotel rooms/chauffeur driven cars have been known to phone the store personally to arrange for a selection of the latest recommended titles to be sent asap to their local palace of residence. A bookshop which isn’t afraid to recommend good books, now there’s a novel idea. 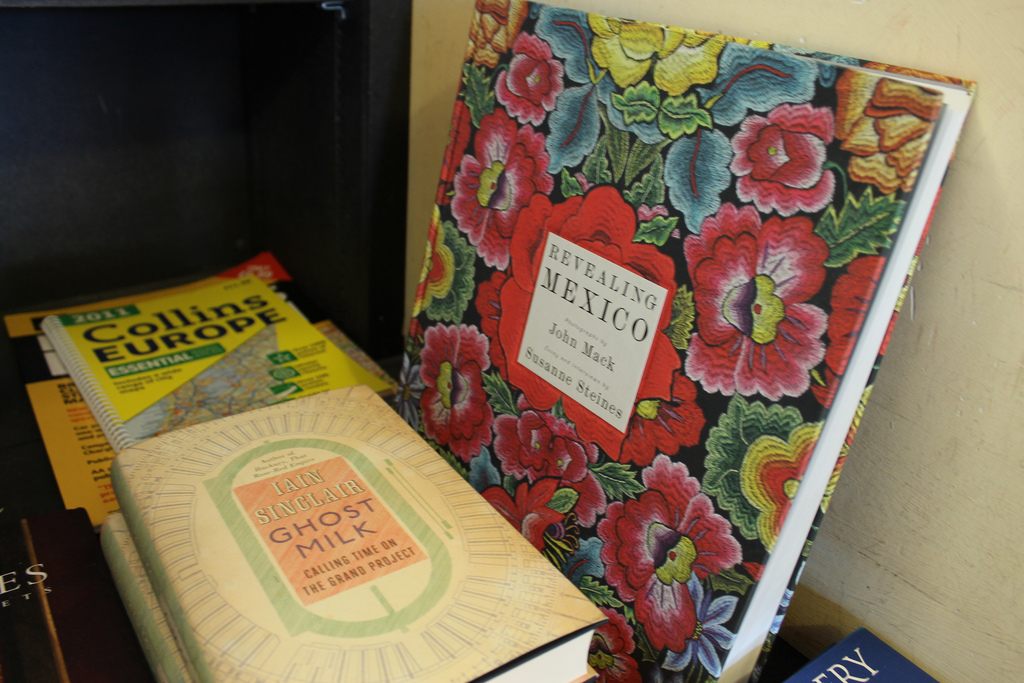 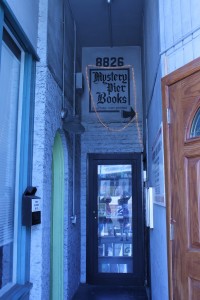 A stones throw away from Book Soup but hidden down a narrow, darkened alley way is the Mystery Pier Bookshop which specialises in first editions, signed copies and rare books.  It doesn’t get more LA than this, from the film director style chairs which grace the outside to the pictures of the owner with Johnny Depp, Daniel Craig and the like on the wall, you cannot escape the fact that you are in Hollywoodland. The owner himself is an actor, married to an actor (he having featured in films such as Jurassic Park: the Lost World, she as one of the 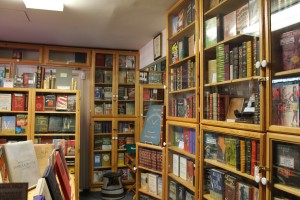 girls in the Prime of Miss Jean Brodie with Maggie Smith). Harvey is more than happy to chat and is clearly enthusiastic about his collection, showing us everything from a book inscribed by Queen Victoria to a nice collection of signed film scripts (the jewel in the crown currently being an annotated Charlie Chaplin manuscript). Harvey and his son Louis’s finds are museum quality and just being able to touch as carefully leave through the pages feels like something of an honour. Most of the stuff was way out of my price range but it is well worth a visit for Harvey’s stories alone.

Tweet
This entry was posted in Books and tagged Books, North America. Bookmark the permalink.