New York had been experiencing a heatwave when we arrived and although we apparently missed it at its most brutal, it was still around 101 Fahrenheit whic 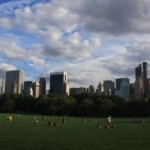 h made the rubber soles of my shoes feel as if they were melting into the already baking tarmac.

We were staying at the Pennsylvania hotel, which we overheard someone on the boat describe as rotten, or to put it nicely, ‘past its peak’. We struggled to find anywhere decently priced to stay near Penn Station – where we were to get our train to Washington DC from the next day -  and at least this one didn’t have bed 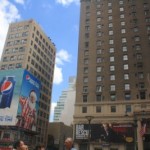 bugs (the hostel we’d tried to book had been shut down for fumigation). The hotel was absolutely huge with a forty-five minute wait for reception and old creaky elevators which sounded like they could drop down into an abyss at any moment. The walls of our room had some questionable stains as did the carpet and we had an interesting chest of drawers which had two out of the three drawers missing (this could probably pass for modern art in a slightly more updated hotel). Before I start to sound too much like an online hotel review whinger, the place did provide the first decent shower I’d had in a week which catapulted all those little foibles back into their rightful place of unimportance.

discount travel guides, we spent the remainder of the

brief stopover in the Museum of Modern Art which is one of the best of its type in my opinion. We found it strangely appropriate to discover that Max Ernst’s ‘The Hat Makes the Man’ was hanging in a gallery in New York, the city that tends to look you up and down before it smiles. 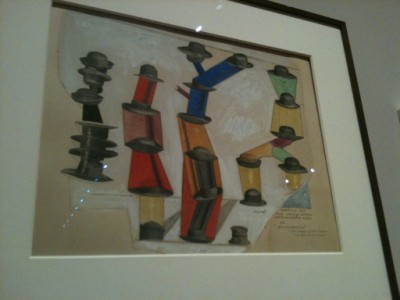 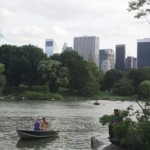 crowd letting their hair down, or at least taking their ties off. It’s amazing the difference a change in season can make to the city.

The next day we caught the first Amtrak train of the trip from Penn to Washington, DC, where Laura B. kindly put us up for three nights in her flat in Alexandria. The view from the train at sunset was beautiful, going from inner-city sprawl to dense forest in a matter of mi 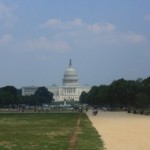 nutes. We also passed through quite a distance in New Jersey, where many of the old industrial complexes are now rusting away. It was quite reminiscent of some of the old manufacturing areas in the north and west of th 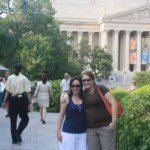 e U.K. and equally tragic (many factories closed as a result of competition from abroad, the economic policies of previous governments and the movement of shipping away to new container ports on the outskirts of town). However, other industries seem to be picking up steam nearby and we did see some new construction work so at least there’s something to replace some of the lost past of the area.

We thought New York had been hot but Washington was even hotter so it was really good to be staying  somewhere local, with someone who knew the area and was a pro at mass tourist avoiding. While in DC, we were introduced to the delights of Slurpees, sweet iced tea, Pabst Blue Ribbon beer (aka PBR, the hipst

Eastern Market, Jazz in the Sculpture Garden and pool parties where the sun actually shines. Jasper and Oscar, Laura’s quirky cats were also a highlight – we will never look upon nectarine boxes in the same way again. 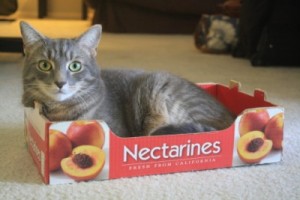 While in DC we did brave the heat and venture into the centre a couple of times, one of which involved trying to see the White House. Typically, just as we were nearing the front gate the security guards sprung into action and yelled at everyone to ‘stop taking pictures, turn around and walk away now’. On the lawn, a rally to support primary school teachers was in full swing and they were clearing the area as the group wanted to protest at the front gate. By the security tape the guards had put up, it didn’t look as if they were going to let them get that far but it was interesting to talk to some of the people on the march and compare their experiences of anti-cuts protest in the US with that in the UK.